Pickleball New Brunswick (PBNB) is the governing body/provincial sport organization for the sport of pickleball in NB. We promote the sport through programs to enhance the quality of the sport, provision of member and club services, as well as information to current and potential members.

Where to Play in NB 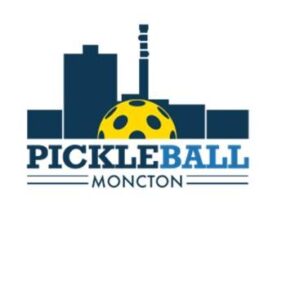 Pickleball Moncton members have been working really hard for the last few weeks to prepare the new courts at the Curling Club in Moncton. Located at 80 Lockart, the facility does now have 6 beautiful indoor court available 8 months a year. For more information on how to become a member, visit the facebook page or contact Maurice Belliveau at pickleballmoncton1@gmail.com

The sport of pickleball was invented in the summer of 1965 by Joel Pritchard, Bill Bell and Barney McCallum of Bainbridge Island, Washington, USA.

Since pickleball was invented, the sport has continued to grow each year and the first US National Open competition was in 2009 in Arizona. In 2015, the International Federation of Pickleball established a constitution, bylaws and officers. Canada, along with the US, Spain and India were the first member countries. France, the UK and Great Britain have also now become part of the IFP.

Pickleball been described as a combination of racquet sports, a cross between tennis and ping pong, and more. One of the best descriptions is that it is like playing table tennis but you are on top of the table!

People often wonder about the name of this sport – there are a couple of different stories on why the name ‘pickleball’ was chosen: Joel Pritchard’s wife starting calling it pickleball because of the combination of different sports that reminded her of the pickle boat in crew where oarsmen where picked from the leftovers of other boats. Another common story is that it was named after the Pritchards’ dog, who was named Pickles and was fond of chasing after the ball. Some folks claim both accounts are true. Either way, it is a fun sport with an equally fun name!

We’re Looking For You

We are currently looking for volunteers for a variety of other jobs. If you are interested in supporting some of the work of PBNB, please fill the form below